Franco Bianchi Flips A Leading MillerKnoll Dealer to Haworth! Guess Who Is Next? 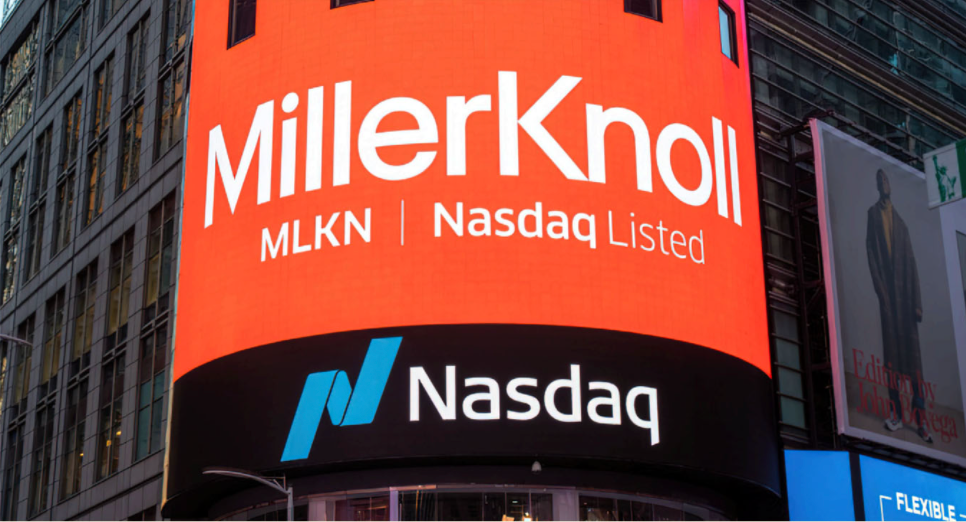 I'm an avid reader of your column and BoF. I read in “Ask Stephen” months ago when Haworth flipped the 110 year old NYC Herman Miller dealer WB Wood to Haworth that you predicted Franco Bianchi would be on a tear to “flip” more major line dealers to Haworth. Frankly, I thought you were crazy at the time. It did not seem realistic to me that any other major line dealer would switch to Haworth. I have seen HNI try to flip dealers to Allsteel with limited success, but come on; concerning Allsteel, as the cliché goes, “you can put lipstick on a pig but”…... Well, hey, there are some pretty rich pig farmers in Iowa so who am I to judge?

So, Systems Source, the largest Knoll dealer on the West Coast, is now a Haworth dealer? Offices in LA, San Diego, OC, Seattle, Portland. Are you kidding me?

When the Herman Miller dealer, WB Wood in NYC became a Haworth dealer that was long before Herman Miller bought Knoll. Now the Herman Miller and Knoll dealers are all scrambling just like you predicted. Looks like one rich bastard talking to another worrying about if they should sell or merge with one another, to me.

They are making it easy for MillerKnoll to consolidate all the dealers without having to cut any of them. I think they're slitting their own wrists by merging, selling and staying in the same MillerKnoll family that screwed them to begin with. Nothing is bigger than a dealer owner’s ego - until they get an offer they can’t refuse. Now, the smart MillerKnoll dealers are saying NO to that formula - changing teams all together and becoming Haworth dealers, saying “fooled me once” to MillerKnoll. No merging or selling, they are flipping!

Anyway, back to my point, the Haworth/SSI deal is not a sale but a giant switch. Bianchi is the dealer bandit! And you called it. I have noticed that Steelcase lets one dealer do it’s dirty work for them by letting a big dealer buy another… but Haworth gets down in the weeds and makes it happen, by switching a major dealer to their dealer network.

Stephen, what do you make of all this?

Amazed By It All

Yes, you said it right and you heard it here first! Here’s my quote from BoF 11/3/21: “we expect the dealers will experience major changes, merging or even being flipped to a different major brand." You remember correctly. I explained to all my readers that Franco Bianchi, Haworth CEO, was focused on his distribution network and recruiting and flipping new dealers while his competitors were busy recruiting new salespeople. MillerKnoll was busy with the accolades, patting themselves on the back, and over-using the phrase “iconic brand." Nobody was minding the store – meaning the dealers. The contract dealers, both Knoll and Herman Miller, felt neglected and it was clear to them that the retail business was going to take a stronger role.

Steelcase seems mistakenly to be above the fray, growing sales by letting the already immense dealers acquire (eat) the smaller dealers. There’s possible danger ahead for Steelcase because when you don’t want to get your hands dirty, someone else will do it, and you may find that eventually the tail will be wagging the dog. Hey Steelcase! This is not just some Star Wars Episode V, sooner or later: The Empire Strikes Back!

Haworth jumped on the opening created by the Herman Miller and Knoll merger and started wining and dining dealer principles, and continues to to this day. If you do it enough, and if you have a good “value proposition” story to tell, you’ll eventually win them over. Franco Bianchi is a charismatic leader, subtle, smart, understated, but below the surface wielding the immense power of a $3B company. You know the history: Haworth is a privately owned family dynasty that outgrew most of its competitors. It began in G.W. Haworth’s garage, he was a shop teacher in Holland, MI and they’re still in Holland today. It's no secret to regular readers of this column that I went to work for Haworth as a sales Rep in New York City right after college. Then, when I left Haworth to form The Viscusi Group, they were my first major client and we recruited hundreds of salespeople and managers for Haworth, many of whom are still there today. This is way before Haworth became rich enough to buy some of the most beautiful global brands – Poltrona Frau, Cassina, Cappellini, Janus et Cie - to burnish it’s image.

Franco is the public face of Haworth but the real secret weapon is the Haworth family themselves. Dick Haworth was the boss when I worked there and remains one of the nicest and smartest people in our industry. Never mind he is also one of the richest – don’t hold that against him. He hires smart people and listens to them and that's what has allowed the company to grow. Dick’s father, G.W., started something very special by calling everybody that worked there “members” rather than employees. That word resonates with me today because when you work for any of the other major furniture manufacturers you're not a member of the company you're an employee of the company.

Once a dealer principal meets Franco Bianchi or Matt Haworth or any of the major executives that run that organization they see 'nice' - and dealer principals aren’t used to 'nice,' they’re used to the manufacturer executives sitting across from them making demands and nagging about quotas. As far as the actual Haworth product goes, all I can say is “it is what it is." It's practical, it sells, but it's not the iconic brands that you see at Herman Miller or Knoll. Haworth has attempted to buy its way into the A&D community through acquisition and that experiment remains to be seen. Haworth has high turnover in some parts of the country. Haworth has not been able to grab the residential retail market yet like MillerKnoll has with DWR – that formula escapes them. Yet, if you own a contract dealership and Haworth approaches you, you’ll listen. The combination of “nice” and maybe a big check is compelling.

I say, respect the contract dealers that built your business. Bianchi understands this and the Haworth philosophy is rewarding them in spades by giving them the avenue to continue to flip dealers. I see six more flips coming Haworth’s way in the next six months as the MillerKnoll dealers trip all over themselves to merge, sell, acquire, etc. Or maybe the owners just hide away in vacation homes while their employees toil away through the pandemic?