Layoffs At a Major, Am I Next? 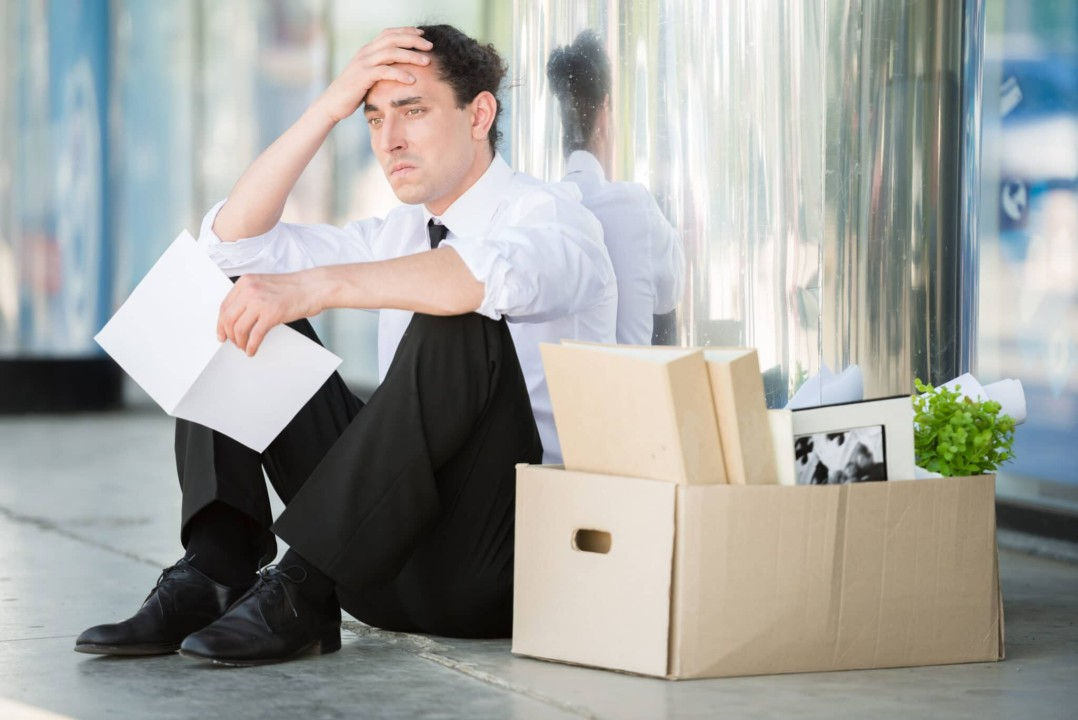 Suddenly the company I work for, a major manufacturer headquartered in the Grand Rapids area, is having some layoffs across the country. I am in field sales in NYC. Roughly over 100 people, mostly in sales, but, still, across the board…gone. It’s not the end of the world, but even one layoff is too much if you’re that person. Then I heard from friends of mine who work for one of my competitors, also based in Michigan, who say their company is on a hiring freeze.

I don’t get it because every day when I look at LinkedIn, I still see a lot of openings and unemployment remains low. Should I be worried? Are companies hiring or firing?

I read your column and I’ve read your book, #BulletproofYourJob (#HarperCollins), so what’s your advice on how to bulletproof my job.

In this post-pandemic world combined with a bear stock market and global economic concerns, what can we expect? In our industry alone, there are suddenly layoffs at one major manufacturer and freezes on new hires at another. This does not make me feel good about my job, or my future. What’s your advice for 2023 and how to keep my job?

I Want to Keep My Job

Yes, I am hearing what you are hearing. Hiring freezes at some companies, and a major manufacturer laid some workers off. From what I can tell the layoffs, so far, are from publicly traded companies where the shareholders need to see action. The “freezes” I’m aware of are at privately owned companies where the CEO is merely being cautionary. Let me be clear, this is not isolated to the furniture industry. As you can see in the media, this is worldwide, and it is happening simultaneously with low unemployment while companies are still hiring. Economists and corporate leaders have conflicting opinions on if we are heading towards a recession or not.

My advice is, if you are a hiring manager at a small or mid-size manufacturer or dealer and you see that a quality salesperson or leader lost their job, scoop them up! One of the smartest manufacturers I have seen do this lately is #Teknion, they seem to be scooping up top sales executives from manufacturers and setting them up at their dealers. Meanwhile in NYC, I’ve heard a #Haworth leader has jumped ship and is now running a Teknion dealer. In Chicago, a former #HNI and Haworth executive moved into a leadership role at a Teknion dealer. It reminds me of former #Steelcase employees reinventing themselves to become leadership at Steelcase dealers.

These days if you’re unemployed in the furniture industry, it’s only for about a nanosecond - unless you’re demanding the stars and the moon and an outrageous salary. Smart manufacturers and dealers know that salespeople are the fuel that keeps their company going and are hiring more every day.

Many of the salespeople that I have seen get laid off recently have subsequently retired, so that is also a statement on who layoffs are hitting. If you are one of those people that does not want to be laid off here is some advice from an updated version of my book, for now let’s call it Bulletproof Your Job 2.0. It’s an updated version of my counter-intuitive common-sense advice on how to keep your job. Here’s a preview: if you are one of those people who asked for the moon and the stars when you got your job (it usually happens at a dealer)…when the boss wants to hand you that pink slip, hand it back while asking if he or she is open to renegotiating your compensation! Sometimes it’s as simple as that. You tell your boss that you realize you’re being overpaid for today’s economy, and you suggest an adjusted compensation plan. Maybe a lower base but still an upside bonus potential if you exceed performance goals. This is particularly important if you like the job. If you don’t and want something better, sometimes the grass really is greener.

If you’re fearful that layoffs could be coming at your workplace and you want to bulletproof your job for sure, here’s a hint on how to avoid the pink slip: out of sight, out of mind. That means if you’ve elected to work remotely, and you rarely interact with your boss, it’s just logical that you’re going to be one of the first to go. A boss has little empathy for someone that they cannot connect with in person and it makes you an easier target to fire. I don’t know any manager that enjoys firing someone - even the worst employee - but it’s a lot easier to do when you have no personal connection and don’t even remember what they look like! Which means, if you’re coming into the office then good luck.

Sometimes when layoffs happen it’s ‘last hired, first fired,’ but just as often it’s the highest salary that goes first. And then there’s the behind-the-scenes dynamic of the sales manager who finally has a reason to fire the employee who is the highest maintenance and most obnoxious, even if they’re a big producer. (Just ask Ellen DeGeneres). So don’t kid yourself, being nice goes a long way when it comes to keeping your job.

Here is something new that has changed in the market since my first book, always keep your LinkedIn up to date. LinkedIn is a tool to build your own personal brand, including your current boss and company. Most importantly: look at your colleague’s and coworker’s LinkedIn profiles, the people that do the same job as you, does their profile look better? Different? More complete? This is important because it increases your odds of getting a call about other jobs as well as staying visible to your own company. Yes, every smart boss is reading their employee’s LinkedIn profiles, and every smart employee has the best profile at their company.

If you wonder what recruiters do when economists and executive leadership are uncertain about what to expect next, well, recruiters are busier than ever right now. One reason is because dealers, where we do a lot of business, are quicker than manufacturers to adapt to changing conditions. If they are overpaying someone, or if a salesperson is underperforming, and they decide to make a change, they hire us to scout better people who will grow sales in uncertain times. As far as our manufacturing clients, they are losing more people than they are laying off because people are quitting to go to the competition. So those searches are conducted in secrecy now and if someone is fired we already have a person there to take their place.

Let’s face it, you have to work harder and smarter today, throughout the organization, from seller to sales manager to the C level. As we face uncertain times I wonder if some companies will embrace the Jack Welch “no sugar coating” philosophy of separating employees into three groups: the top performing 20%, the middle 70% and the bottom 10%, “the latter of which, have to go.” By the way, I recommend the Welch formula always.