Time To Move NeoCon From Chicago? 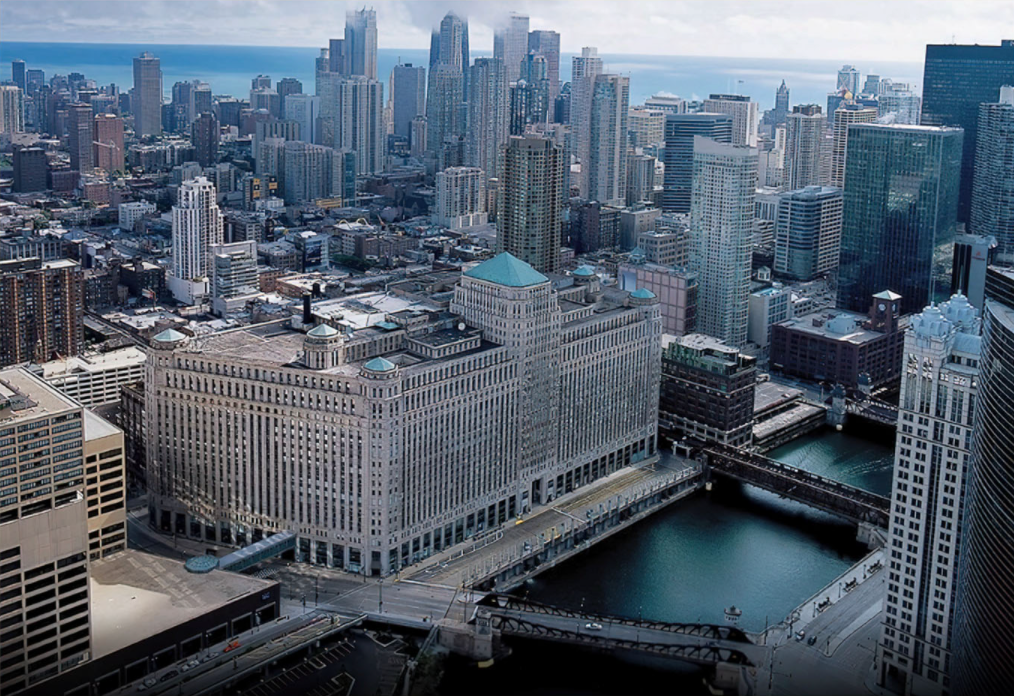 Is it time for the Office Furniture Trade Show to be moved out of Chicago?

Neocon has been the flagship trade show for the furniture industry for 50 years. But it may be time to move it.

A little historical background. Neocon has been in Chicago because of the Merchandise Mart, where almost every major manufacturer had a showroom at one time. My first year as an 18-year-old, my rep firm (which was a small one) had 6 out of 7 manufacturers in the Mart.  Chicago was a city most of North America could fly into very easily.

I have enjoyed Chicago in the past: The restaurants, the Jazz and Blues Clubs, The Art Institute and the Wells Avenue art fair. But times have changed and the industry should also change. Here are my reasons for thinking this:

A show at a convention center would level the playing field. Right now, the showrooms get the majority of visitors and the 7th floor where the smaller innovative companies are located get fewer visitors.

Let me know what you think.

My Kind of Town, Chicago Is Not!

That is one of my favorite Frank Sinatra songs: “My Kind of Town” ... all about Chicago, I guess you are not a fan!

Wow, your letter stands out to us at BoF because it goes way beyond the normal Merchandise Mart bashing e-mails so common around NeoCon time. It’s somewhat political. Intentional or not. Usually, it is about the Mart, never the City and State. You go right after the AG- Illinois Attorney General! I feel I need to remind the readers that we do not write the letters that we receive here at “Ask Stephen” of BoF. The “questions” in these letters are real. The letters come in from my social media followers and our BoF readers, like you. Usually from people who work in our industry, who enjoy (or hate!) to read people's workplace problems and my solutions. It is gratifying to me, based on the hundreds of emails we get each week, that so many individuals are interested in the column... and my opinion.

The routine theme of veterans of the contract furniture industry that we’ve been hearing about NeoCon over the last few years: There are big manufacturers who think they don't need to be in a central location because they have their own star-power, didn’t like their visitors/customers getting distracted by other showrooms as they walked down the halls, and got tired of paying THE Mart’s rent, so they moved out. Smaller manufacturers don’t have that option, they need the traffic generated by being in one big famous building. You get the idea.

If you're a regular reader of this column, you saw my personal pet peeve this year was objecting to The Merchandise Mart now charging attendees a fee just to get in the door. You would think all the problems we are facing with travel and large crowds would have worried The Mart management, but I guess not. “Let’s see…attendance has been free for 50 years, but now, with people challenged by a myriad of issues, let’s charge them admission.” Greed, greed, greed. I’ll bet the manufacturers paying rent felt like the Mart was kicking them while they were down.

Meanwhile, what’s your deal? There is crime everywhere! What gives? I’m sure this isn’t true, but it could be perceived as race-baiting. That is because I read shades of the Jussie Smollett trial and conviction in what you wrote since you mention the Illinois AG and crime in Chicago in one breath. I'm no Rachel Maddow… just saying. What does the Illinois AG have to do with NeoCon?

As far as hosting the show in Las Vegas, where many other furniture shows are hosted or even possibly Orlando, Florida, I hear you. They are “trade show” towns. Just hot in the summer and expensive flights because they are not centrally located mid-way to everyone in the country like Chicago is. I’ve been to Orlando and Las Vegas when it’s 110 degrees (in the shade)... so they’re definitely not perfect! There’s even been “Neocon East” or regional experiments in Baltimore, Philadelphia, even LA. I just want to have my staff take a short flight at a fair price to a city that is part of the aura of this trade show. I want the show to capture their attention, not gambling or wandering off to Disneyworld!

No city that can host an international trade show is perfect, hey, I live in NYC! Do not get me started on what is going on here. We all have our opinions, but it’s kind of unfair to single out Chicago.

My personal feelings and answer to your question regarding the NeoCon trade show moving out of Chicago: I like the idea of going to a company owned showroom to see and feel the environment - after all, it’s furniture and the office environment we’re selling - and it’s mighty convenient to go to one building to see it all. To me, that cannot be felt as well in a pipe and drape trade show where you just get a glimpse of the product offering.

So, although many companies no longer have showrooms in the Merchandise Mart, everyone is more or less in the city and nearby, and I still think of the whole thing as “Neocon”. And yes: the 7th floor of The Mart does not have full-time showrooms, but it is a floor away from the building that does.

It is roughly equidistant for people all over the country to fly into Chicago, there are many restaurants to choose from (and some are reasonably priced), and there’s not a “convention town” feeling. That's just me. You have a perfectly valid opinion that I want to share with our readers and see what they have to say. And one other thing – Chicago is an easy driving distance for the major manufacturers who bring support people, product marketing, and management from the Grand Rapids, Michigan area. Although that benefit is limited to the major manufacturers. Everything always seems tilted in their favor. What else is new.

"Let's open up the phones," as I used to say on my radio show, & let us know what you think. Share your thoughts on the City of Chicago and its relationship to NeoCon and this readers’ letter. Do you feel it is an unsafe city to visit? Are we becoming more cynical, frightened and divided? Please tell me there is no hidden meaning in the reader’s letter. Readers: what do you think?

Stephen Viscusi is the CEO of www.viscusigroup.com, an executive search firm that specializes in the interior furnishings industry. Hires made through The Viscusi Group are guaranteed a two-year free replacement. Please share your story or comment on this article and send your workplace questions to stephen@viscusigroup.com.